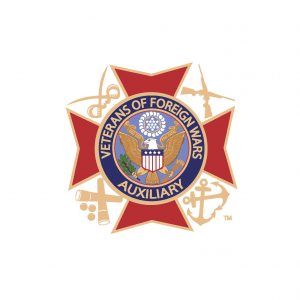 Established 1914, members of the Veterans of Foreign Wars of the United States Auxiliary set out to serve the veterans of this country and our communities in honor of the sacrifices and commitment of every man and woman who has served in uniform. The VFW Auxiliary is one of the nation’s oldest veterans’ service organizations and our members are the relatives of those who have served in overseas combat. We have nearly 470,000 members in more than 4,000 Auxiliaries nationwide who volunteer millions of hours and fundraise millions of dollars for charitable projects that benefit veterans, military service personnel and their families.

Auxiliary VFW Members are...
Husbands/Wives, Widowers/Widows, Fathers/Mothers
Grandfathers/Grandmothers, Sons/Daughters
Grandsons/Granddaughters, Brothers/Sisters,
of persons who were or are eligible for membership in the Veterans of Foreign Wars of the United States. Members must be citizens of the United States and at least 16 years old.

Those eligible for membership in the VFW are those that have received a campaign medal for overseas service; have served 30 consecutive or 60 nonconsecutive days in Korea; or have ever received hostile fire or imminent danger pay.

PTSD Awareness - Reach Out For Help

If you are a veteran or know a veteran in crisis please reach out to the Veterans Crisis Line! https://www.veteranscrisisline.net/